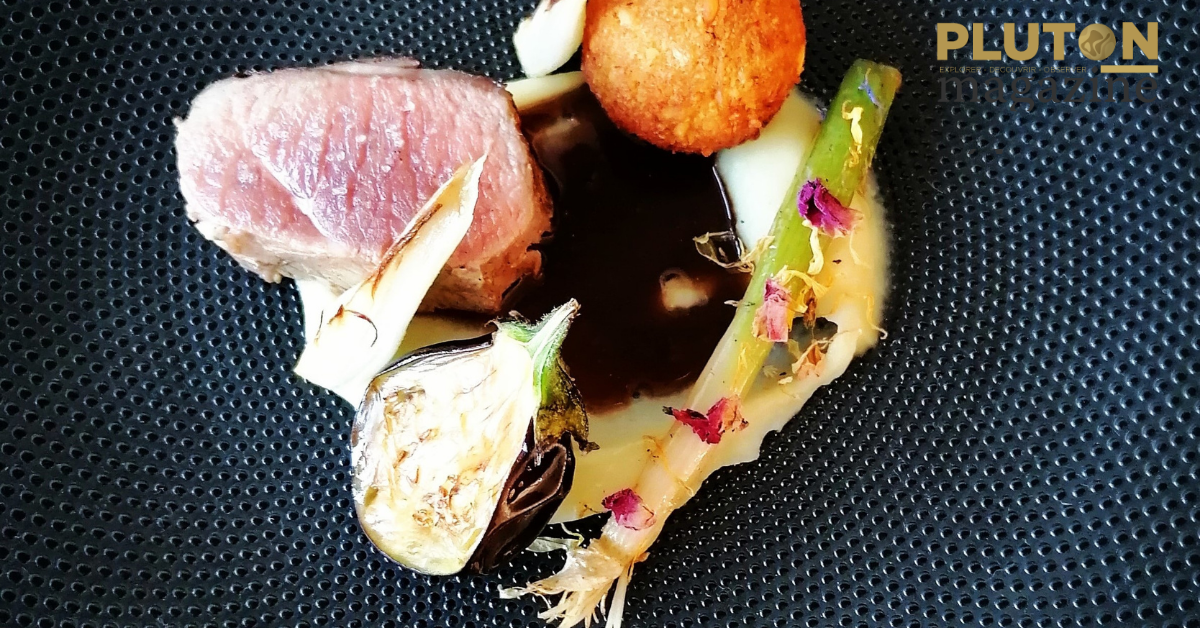 Chef Jérôme Bertin has published the cookery book Goût D’Antilles at Editions Mango Paris . He has just joined our team in Paris and will be introducing a few recipes to our readers

This month recipe is:

Marinate the lamb saddles with a Caribbean seasoning pepper, 2 minced cloves of garlic, thyme and the cumin seeds, and stir over a trickle of olive oil. Knead the flesh with the marinade and keep cool at least 2 hours.

Prepare the lamb jus: Brown the bones and trimmings with the onions, the caribbean seasoning peppers and the carrot, then add the remaining spices and deglaze with the white wine. Let it reduce for 2 to 3 minutes, pour a liter of water, bring to a boil then skim and let it cook for 45 minutes under low heat. Filter out the jus through a sifter, add a tablespoon of honey and reduce with a roux (melt the butter, then stir in the flour with a whisk). Adjust the seasoning if necessary.

Preheat the oven to 180 C° /Th 6 (350° F). Brown the lamb fillet in a frying pan with a tablespoon of beurre noisette on medium heat until they take a nice color, or 2 minutes on each side.

Remove from heat, spread a damp cloth on each fillet, add the coconut husk on top, flambé and put a lid.

Put in the oven for 7 minutes. Slice each fillet in three and set on plates and coat with the lamb jus. Serve right away!

It is possible – and quite simple – to smoke naturally without a smoker thanks to the coconut husk. One technique is inspired from “boucanage”, culturally practiced in all the Antilles: In a big deep pot called “canari”, we set the meat on a grill and spread the coconut husk on top, then we flambé, cover and let it smoke.

Notes: Graines à Roussir are the aromatic base of many West Indian recipes. Fried in hot oil or butter, they build the flavour of roasts, stews, gratins or marinades…