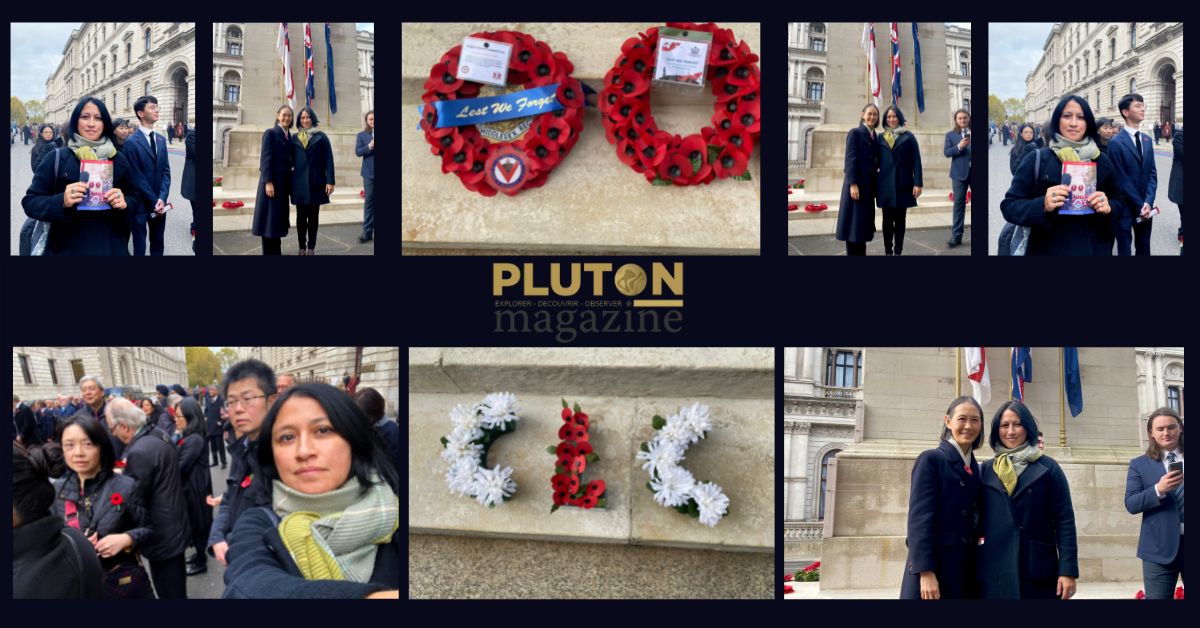 « I was honoured to be part of a different but growing group this year. » Caroline CHU

People gathered in front of the War Memorial, The Cenotaph in Whitehall on November 11th, 2022.

There were the descendants and friends of the Chinese Labour Corps, the CLC, a civilian unit that largely contributed to the war effort.

140 000 Chinese men served for both British and French forces on the battlefields during World War One.

It was hard work, but the men were selected for their toughness and shipped from their homes to an industrial war zone they could never have imagined.

Europe was producing new military machinery at a much larger scale and at a much faster rate than before. Along with innovative technology, this led to one of the most devastating wars in human history.

When we think about war, we tend to remember only the soldiers who took part in it, but we forget about all those who built up the logistical support, the mappers, the translators, and the labours who worked behind the lines, digging the trenches, repairing the tanks. And we also tend to forget those who stayed after the war, cleaning the battlefields, carrying dead bodies, and exploding unused bombs. This was also the role played by the Chinese workers until 1922.

Many countries experienced considerable human losses during the Great War.

Unrecognized for almost 100 years, the men of the CLC can now join the ranks of those officially remembered in England, every year at the same time, 11 am on the 11th day of the 11th month: Armistice Day.

With the passing of time, more and more communities are being included in a Ceremony that was once the exclusive preserve of English nationals.

Caroline Chu is a filmmaker editor and translator based in London. Among various films, she has directed 2 documentary films about the Chinese workers of World War one: ‘The Boatwomen of the Forgotten Souls’ and ‘Let There Be Light’ (recently officially selected at the BKK Short Doc, an International Festival in Bangkok).